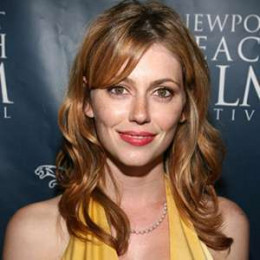 Diora Baird s in a relationship with comedian Mav Viola. Previously married to Jonathan Togo, an actor known for his role in CSI: Miami as Ryan Wolfe. The couple married on 26th December 2013 and has one son born on 12th December 2012. As of 2017, Baird i

Diora Baird holds a net worth of $8 million which she earned through the several TV and film roles as well as her modeling career.

Diora Baird was born on April 6, 1983 in Miami, Florida, United States. Her mother was a model who inspires her to be a model as well.

Baird also worked in "The Gap" as a clown at children's parties, caterer, waitress and pre-school teacher. She is the vice-president of her school's 'Thespian Society'.  Moreover, she is a former model for 'Guess?' , a clothing brand and retailer including watches, jewelry, perfumes, and shoes.