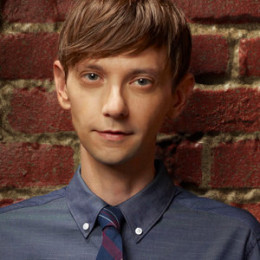 An American actor, producer, and fashion model, DJ Qualls is well known for his work in the film "The New Guy". He was born to Debbie and Donnie Qualls. DJ Qualls attended Belmont University in Nashville, Tennessee. He was discovered by photographers David La Chappelle and Steve Klein, which led to modeling work for Prada, as well as other advertising campaigns. He made his feature film debut in "Road Trip".

His television work such as eccentric hunter Garth Fitzgerald IV on Supernatural and appearances on Monk, Scrubs, Criminal Minds, Lost, Law & Order: Criminal Intent, CSI, Numb3rs, My Name Is Earl, Breaking Bad, The Big Bang Theory, and Memphis Beat. DJ Qualls dated to actress Nikki Reed in the year 2006 but the couple did not make their relationship successful and separated in the year 2007.

What About DJ Qualls' Personal Life?

DJ Qualls is unmarried and not dating anyone at the moment. But previously, he dated an actress, Nikki Reed. The duo dated for nearly a year before their split in 2007.

DJ Quall earns a decent sum of the amount from his acting career. As per some online sources, his estimated net worth is $5 million.

In 2000, Quall featured in the blockbuster movie Road Trip. The movie collected $119 million worldwide against the budget of $16 million.

DJ Qualls was born Donald Joseph Qualls on June 10, 1978, in  Nashville, Tennesse. She is one of five children of Donnie Qualls and Debbie Qualls.