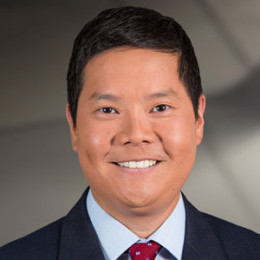 Dominic Chu is a New-York based market reporter correspondent for Bloomberg Television. Since joint Bloomberg Television. Chu has covered the flash crash of May 6th, 2010 as well as interviewed high-profile joey managers, investment strategists and economist. He began his career at UBS, serving in various positions including Treasury Management, Guaranteed Investment Products and Foreign Exchange. In 2013, jumped to CNBC. Chu graduated from Cornell University with a Bachelor of Science degree in Hotel Administration.

Talking about Dominic personal life, his personal life detail cannot be found in media. He seems to be a private person and does not like to share much of his personal life to media. He was known to be single but since he is not open about his relationship it is unknown if he is married or he is in relation with his girlfriend. And even if Chu is married, there is no news about his marriage detail, divorce and children.