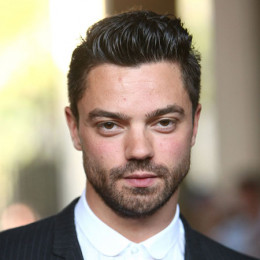 Dominic Edward Cooper is a British actor, known for his role in the film Captain America: The First Avenger, as Howard Stark. His other film credit includes: Dracula Untold, Abraham Lincoln: Vampire Hunter, Mamma Mia!. For his work on "The History Boys", he was nominated for a 2006 Drama Desk Award. He was born to Julie, a teacher and Brian Cooper, an auctioneer. He graduated from the London Academy of Music and Dramatic Art in 2000.

Accounting his personal life, he is yet unmarried and is straight when it comes to his sexuality. Despite of being so charming and attractive he is currently single, but in his past days he has had several affairs with some of the gorgeous Hollywood stars. He does not have any kids from any of his affairs. To get updated about his daily activities we can follow him on Twitter @dominiccoop.