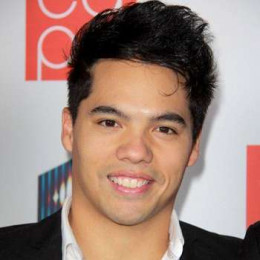 He is a dancer, YouTube personality and rapper, who came to prominence after winning America's Best Dance Crew, along with the rest of the Quest Crew group. After his win, he became a judge on ABDC. He began to break dancing at age 13 and later appeared on the dance competition show So You Think You Can Dance.

Moving on to his personal life, Dominic Sandoval is yet unmarried and is single at the moment. He might have some plans of marrying someone and living the rest of his life with happiness and joy. A few years back he was in a relationship with a fellow dancer for almost 4 years but something went wrong and the two decided to break up.

Dominic Sandoval holds an estimated net worth of $1 million.

Dominic Sandoval was born on October 15, 1985, in Roseville, California, U.S. He was adopted and raised by his step-father Conrad Pete Sandoval.