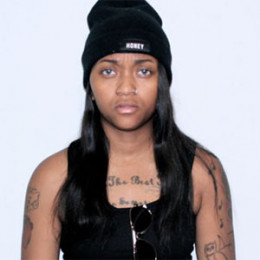 Famous social media star, Domo Wilson is known for her comedy videos she posts on Facebook, Vine, YouTube, and other social networking sites. She has shared several videos along with her finance, Crissy Danielle on their YouTube channel. Besides, Wilson is also a musician who performs traveling all around the U.S. She rose to popularity after she created her YouTube channel for the first time.

Domo Wilson was born as Dominique on 24th June 1994, in Chicago, Illinois. He belongs to Black-American ethnicity/race and holds American nationality.

Wilson was born to American parents. She grew up along with her four brothers and one sister in Chicago. Later, her parents moved to Valparaiso, Indiana.

Domo Wilson started her career as a social media artist at a very young age. In March of 2010, she created a YouTube channel named Domo Wilson Music. She posts blogs, funny videos and a cover song on her YouTube Channel. She joined the Channel on March 6, 2010.

Wilson also created another YouTube channel named Domo & Crissy with her current fiance Crissy Danielle. The duo founded the channel on Jan 24, 2016. She rose to fame after she posted her on  Vine in 2014. Her energetic acting and hilarious comic timing in her Vine videos made her more popular.

Wilson is also a singer and a songwriter. In 2015, she began covering songs and posting it on her YouTube channel, she earned positive responses from the fans. The huge support from her fans led Wilson to release her singles, "Come Through," "For You," "It's Cool," and "Real."

Besides, Wilson is also a talented instrumentalist who has shown her talent through several videos online. Her videos are based on teen’s problem, day to day reaction, students' educational problem as well as entertainment.

Domo Wilson is openly lesbian. She is engaged to her girlfriend, Crissy Danielle. The duo first met during freshman year in high school and began dating.

Wilson knew about her sexuality at the age of six. In July of 2014, she came out as a lesbian on her YouTube channel and said she was interested in girls from an early age. In 2010, Wilson revealed her sexuality to her mother.

In July of 2016, Domo announced that she was pregnant through a sperm donor and engaged with her partner in September 2016.  She gave birth to her first child Domonic Cristopher Wilson on 14th March 2017.

As per her YouTube channel, Wilson is getting married to Crissy Danielle on September 15, 2018.

Domo Wilson earns a good sum of money from her YouTube channels. She has earned more than million of subscribers on both of her channels. She also earns from various advertisements, her channel has a yearly income of more than $220 k.

In 2017, she bought a luxurious apartment in Chicago city.