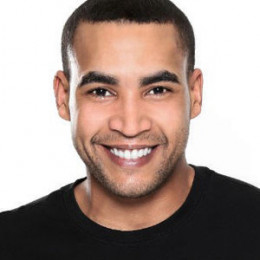 A Puerto Rican singer, songwriter, and actor, Don Omar is best known for his his 2006 album, "King of Kings". He made his debut public performance in a night club was accompanied by disc jockey Eliel Lind Osorio. Don Omar also worked as a backup singer for the "duo Héctor & Tito".

Born on February 10, 1978, in Carolina, Puerto Rico, Don Omar is the oldest son of William Landrón and Luz Antonia Rivera. His birth name is William Omar Landrón Rivera. He is American and as per his ethnicity is concerned, he is African-American.

Omar has a keen interest in music since his early days. He became an active member of a Protestant church, Iglesia Evangélica Restauración en Cristo in Bayamón and occasionally he offered sermons. But after four years of involvement, he left the church to focus on his musical career.

Don Omar started his professional musical career in 1996, he made his first public performance in a nightclub along with disc jockey, Eliel Lind Osorio. He rose to fame after the success of his debut album, The Last Don which has sold over million copies. In 2003, he earned Billboard Latin Music Awards and it was nominated for  2005 Latin Grammy Awards.

In 2006, Omar released his second album, Kings of Kings which became the history's highest ranking reggaeton LP in the top 10 US charts. According to the Billboard, King of Kings was the most successful album of the decade in Latin America which has been sold over 4.1 million copies by the end of 2009. 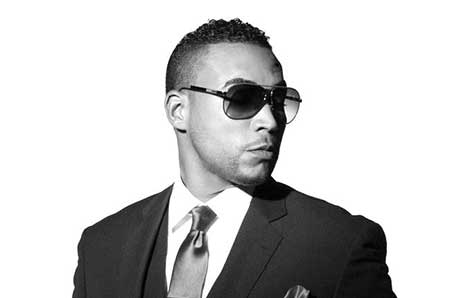 Omar launched his third album, iDon in 2009 followed by the Meet The Orphans (2010) and The Last Don 2 (2015). In early 2016, Omar breaks his silence over the decade's long rivalry feud with fellow artist Daddy Yankee for the "King of Reggaeton" title and announced the duo will be performed together at the concert series called The Kingdom World Tour. He said,

“Let me clarify: I am not his best friend, and he is not my best friend, but we respect each other. That desire to be the best is what has pushed us to be better.”

In September 2017, Don announced he will retire from his musical career after a series of concerts at the José Miguel Agrelot Coliseum in Puerto Rico.

Don Omar has an estimated net worth of $5 million which he garnered from his musical career. He earned a good sum of the amount from his albums and singles.

Don Omar married his longtime girlfriend, Nicolas Valle Gomez in 2003. The duo is blessed with a son but due to his secretive nature, he hasn't shared much about his private life with media.

Previously, he married forecaster/journalist Jackie Guerrido on April 19, 2008. However, the couple failed to handle their married life and split apart. He is the father of three children, daughter, Diana Omar, Dereck Omar (son) and Daniel Omar (son). Don was in a relationship with model and actress Melissa Del Valle, around 2002 and broke up a few years later.

Don Omar married to journalist Jackie Guerrido on April 19, 2008. But the couple ended their relationship in 2011.

Diana Omar has two brothers. Very few details about them in the social; sites.

Dereck Omar has one sister and one brother.

Daniel Omar has one sister and one brother.