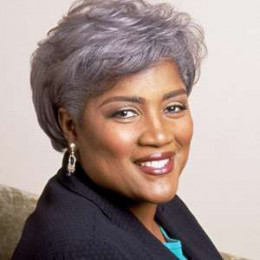 An American author and political analyst, Donna Brazile is a member of the Democratic Party and became interim chairperson of the Democratic National Committee in July 2016. She is the daughter of Jean Marie and Lionel Joseph Brazile, the third of nine children. The New York Times Magazine described Brazile as an "highly protective of her privacy" and called her "openly ambiguous" about her sexual orientation. Brazile is described as "openly lesbian" in the 2002 book Gay and Lesbian Americans and Political Participation: A Reference Handbook.