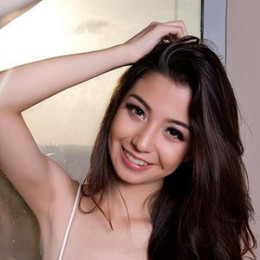 A YouTube video blogger as well as a singer, songwriter, and rapper, Donnalyn Bartolome is currently single. She was born to parents Tonylyn Mulawin, a businesswoman, and Reynaldo Mulawin, a Senior Chief Petty Officer in the U.S. Navy. She got a fame after the release of her single "Kakaibabe", a track on the Diary ng Panget OST, which had 15 million hits. Donnalyn Bartolome made her appearances as Juliet in film ATE aka Big Sister, and in music video MasaRAP! and Sugar Suga.

In 2014, Donnalyn Bartolome gained a nomination for Best New Female TV Personality award for SpinNation at 28th PMPC Star Awards for TV (2014) and won an ASAP Pop Viewers Choice Award for Pop YouTube Sensation for Kakaibabe. She has two younger brothers and two younger sisters. Donnalyn Bartolome has not disclosed her personal life on social sites and her relationship status is still single for mass.

Donnalyn Bartolome was born on 9 July 1994 in Yokosuka, Japan. Her parents are Tonylyn Mulawin, a businesswoman, and Reynaldo Mulawin, Senior Chief Petty Officer in the U.S Navy.

Donnalyn is the oldest among her five siblings including two brothers and two sisters. She studied at St. Xavier College, the Philippines during her young age.

The YouTube video blogger as well as a singer, songwriter, and rapper, Donnalyn Bartolome started posting videos on Youtube when she was just 13 years old. She later met David Hulbert, founder of iDOLTap Productions, who wanted to cast her in a film.

Bartolome rose to fame after the release of her single Kakaibabe and LM4M. She released the album Happy Break Up with lead single "Happy Break Up". Moreover, she featured in multiple music videos.

Donnalyn Bartolome is not known to be dating anyone at present. She is reportedly single. Meanwhile, she is seen spending quality time with her close friend Bret Jackson. They seem to carry a love-hate relationship, although these two friends are yet to reveal anything about their love affair.

The pair claimed to be like a cat and dog since they fight each other most of the time. Meanwhile, their fans tend to believe they are more than just buddies.

Bartolome once faced controversies when she claimed the film ATE aka BIG SISTER is about her own real-life story. The film is related to the Bi-Sexual story whereas she stated she is straight.

Donnalyn Bartolome's net worth is not revealed to public knowledge. However, she is expected to earn a decent amount of money.

Bartolome's source of income includes her salary and earnings from her career as an actor, singer, and Youtube blogger. She owns her own Toyota 86 car worth $30,000.