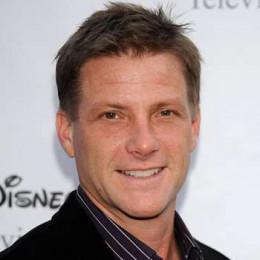 Douglas Peter Savant known better as Doug Savant is an actor of American nationality who has been known for his role of Tom Scavo in the ABC series Desperate Housewives as well as for appearing as Matt Fielding in Melrose Place. He was born on Burbank, California and has been active in the acting fraternity since 1974 by appearing first in the CBC drama Knots Landing.

It has been known that Doug has been married twice. He was previously married to a non-actress and the relation ended after a time span of 15 years on 1997. He has two children from the marriage. After this, he got married to his Melrose Place co-star and the couple too has two children together. The couple has been doing pretty well and do not seem to be having marital problems.

Dawn was the first wife of Doug. The couple was together for 15 years and has two children together.

Laura Leighton and Doug Savant met on the sets of Melrose Place and started dating. They have been married and have two children together.

Arianna is the first daughter of Doug from his first marriage.

Jack is the first son of Doug's second marriage.

Doug's second child from his second marriage is named Lucy.