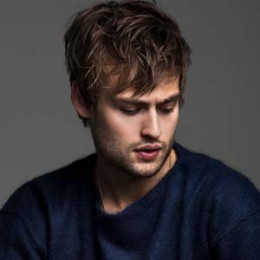 An English actor,Douglas Booth is currently single. He first came to public attention following his performance as Boy George in the BBC film named Worried About the Boy.Douglas is a son of a painter, Vivien and a shipping finance consultant and former managing director of both CitiGroup and Deutsche Bank's shipping finance divisions, Simon Booth .He graduates from Chelsea School of Art.

Douglas Booth has an affair with many girls. Douglas Booth has been in relationships with Hailee Steinfeld in 2013, Vanessa Kirby in 2012 - 2013, Naya Rivera in 2011 and Bel Powley. He had an encounter with Miley Cyrus in 2014. Douglas has supported the HeForShe feminist campaign. Hunters of the Kahri is his first movie he has a role of Sagar. There Were None is his popular television series in a role of Anthony Marston.