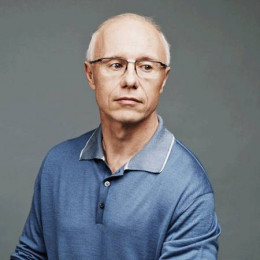 An American venture capitalist who is also a partner at Sequoia Capital. He mainly focuses in internet, software and communication investments. He has achieved B.S. in Mechanical Engineering from Cornell. He also holds M.S. in Management from MIT. He is also director of the companies like RouteScience, Agitar, Aruba, inCode, nthOrbit, Onetta, Metreo and VA Software. He used to work at sales management positions at Hewlett-Packard, Prime Computer and Sun Micro systems. In 2001 he was listed in list of the top ten venture capitalists in the United States by Forbes.

Exploring his personal life he is already tied in knot with his love of life. Till now there has been no report of any kind of extra marital affairs and divorce from both sides, which also suggest that they are loyal to each other. Together the couple is blessed with four children. Currently the family is living happily in California. Till now he has not involved himself in any controversial situation that can ruin his career.

They are happily married. Together they are parents of three daughters and a son. They are living in California.

She is the eldest daughter of the family. She is currently studying at Duke university.

She is currently studying at at Cornell University.

He is staying with his parents and studying in high school.

She is the youngest daughter. She is studying in middle school.