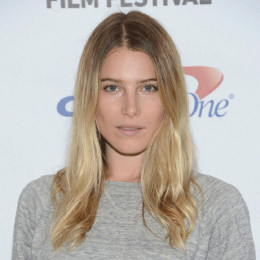 Dree Louise Hemingway Crisman is a model and actress. She has also done editorials for Numéro, i-D, V, W, Harper's Bazaar and several national Vogue editions. At the Royal Academy of Dramatic Art in London, she was trained in classical Shakespearean acting. She has appeared in the several films such as Starlet, Listen Up Philip and While We're Young. She was born to actress Mariel Hemingway and Stephen Crisman.

Accounting her personal life, she is yet unmarried. Currently, she is in a relationship with an American restaurateur, with whom she has appeared in Modellist-id. They seem to have a great bonding and chemistry with each other so they probably are thinking of getting married soon. She does not have any kids with her boyfriend. To stay connected with her we can follow her on Twitter @dreelovechild.