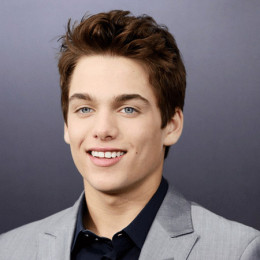 An American actor and musician who is popular for his portrayal of young Clark Kent in the blockbuster movie Man of Steel (2013). He attended West University Elementary. When he was just 9 years old he starred in 2007 film, My Father. He became popular after he starred in film named Old Dogs which was released in 2009. He has already made guest appearance in TV series like Common Law, Glee, and Criminal Minds. Currently he is acting as Liam Dunbar in hit MTV show Teen Wolf.

Talking about his marital status he has not married yet but that doesn't mean he is available. Currently he is dating a model who is also his co-star of the popular TV show Teen Wolf. Beside her he hasn't dated anyone till date. He used his twitter account @DSprayberry frequently. His fan can follow him in his twitter account to be more updated about him.