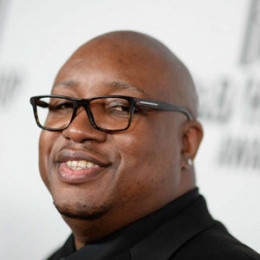 An American rapper and entrepreneur, E-40 is well known for his single "Tell Me When to Go". He graduated from Dr. James J. Hogan Senior High School in Vallejo, California. E-40 has done guest appearances on a host of other rap albums, has released twenty-two studio albums to date, and appeared on numerous movie soundtracks. He made his rap debut in 1986, with the EP Let's Side as a member of The Click. E-40 made his solo album debut "Federal" a nine-track LP/14-track CD produced by Studio Ton.

Earl Stevens was born on 15th November 1967 in Vallejo, California. His parents split very early on, so he could only meet his father on special visits. His mother used to work on her own to raise her children. He has a brother and a sister named Dannell Stevens and Tanina Stevens.

The siblings formed a rap band Most Valuable Players. The other member besides the three of them was their cousin Brandt Jones. The group received high appreciation at a talent show in 1986. This turned them serious in their endeavor and they renamed their band to The Click.

E-40 is married to Tracy Stevens, and they exchanged voes in 1991. The couple shares one child named Droop-E. Besides his musical journey, E-40 had also appeared in several movies, most notably The Breaks, 3 Strikes, Hair Show, Survival of the Illest, and Dead Heist.

E-40 had tried a franchise of Fatburger in California, along with a former NFL player named Chester McGlockton. He is also a keen investor who put his dollars for Microsoft. Moreover, he owns enterprises such as 40 Water, Sluricane Hurricane and Function, and Mangoscato.

E-40's net worth is estimated to be $10 million. His source of income his salary and earnings from his career as a rapper, investor, and entrepreneur.

E-40 is currently married to Tracy Stevens since 1991. The couple has been blessed with one son.