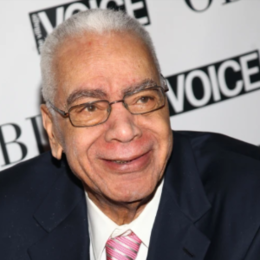 Earle Hyman was a veteran screen and stage actor known for playing Russell Huxtable on "The Cosby Show." More than that, Hyman worked for the Hollywood fraternity forty-six years at Broadway.

Earle Hyman, the Tony award-winning actor, had never been married. He was not even romantically linked to many women in the past. Likewise, Hyman also never had any biological children of his own. 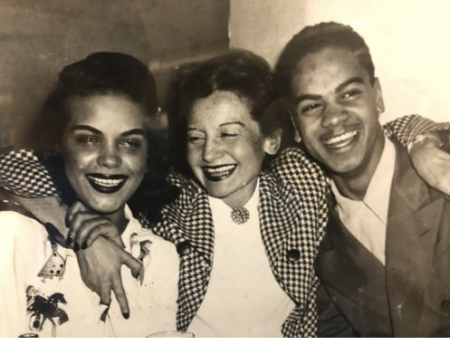 Earle Hyman, as a young man with his friends. SOURCE: Collation

Earle Hyman was widely popular among millions of Americans as Bill Coby's dad Russell Huxtable on The Cosby Show, released in 1984. Following his death, family members including his nephews, Derryl Ferguson, Rick Ferguson, and nieces Yvette Ferguson and Monica Ferguson survived the star.

Hyman lost his life at age 91 on November 17, 2017, at the Lilian Booth Actors Home in Englewood, New Jersey. And, his demise was confirmed by Jordan Strohl, The Actors Fund Representative.

In June 2020, the Folger Shakespeare Library in Washington D.C. asked Hyman's personal items and memorabilia to display as the Earle Hyman Collection.

Earle wrote that he and a Norwegian seaman named Rolf Sirnes lived together for fifty years in personal correspondences. The actor had mentioned their relationship as a passionate friendship and also wrote Sirnes was his partner.

The African American actor Earle Hyman had an estimated net worth of $5 million at the time of his death in 2017. He earned that fortunes from his career as an actor. Earle started his career providing a voice of Panthro in the animated TV series Thundercats.

From 1984 to 1992, Hyman starred as Russell Huxtable in the TV series The Cosby Show. Likewise, he appeared in episodes of A Different World, Cosby, and All My Children. In 2015, the North Carolina native featured on Saturday Night Live as a spectator.

In 1982, Earle received a CableACE Award for Actor in a Dramatic Presentation for Long Day's Journey Into Night. He had been a member of The Actors Studio and obtained a Theatre World Award in 1956. Hyman also garnered a Primetime Emmy award for an outstanding role on The Cosby Show in 1986.