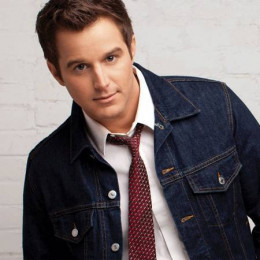 Talking about his personal life, till now he is married only once and has raised two children with his wife. The couple was having a good time but all of sudden they seem to have trouble in their relationship and got officially separated. Besides his marriage, there is no any information about his affairs and other such relevant activities. He has managed to keep his family matters away from the media.

Easton Corbin was born Dan Easton Corbin on April 12, 1982, in Trenton, Florida. He was raised on his grandparents' farm following his parents' divorce. He learned guitar at the age of 14, and later joined a  band which won opening slots at a music festival.

Corbin attends the University of Florida's College of Agricultural and Life Sciences and grabbed his agribusiness degree.

She is the first wife of Easton. The couple was together for almost six years and has raised two children from their marriage.

He was born safe and sound. His date of birth is still unknown.

She was born healthy. Her date of birth is still unknown.