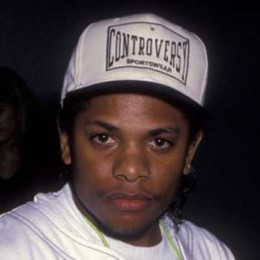 Eric Lynn Wright, known better by his stage name Eazy E, was a rapper of American nationality, known best for being a part of the hip hop group N.W.A. He was known as the godfather of Gangsta Rap and was born in Compton, California to parents Richard and Katie Wright. He died due to AIDS on 1995. Before music, he used to sell drugs for a living.

Tomica Woods met Eric on 1991 and the couple tied the knot, 12 days prior to his death on 1995. They have two children together.

Eric Wright Jr is the son of Eric from an unknown relationship.

Ebie is the daughter of Eric from an unknown relationship.

With Tomica Woods, Eazy-E has a son Dominick.

Tomica and Eric's second child, a daughter, is named Daijah.