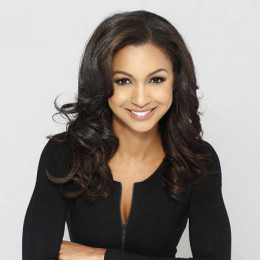 Eboni K Williams is possibly single at the moment. She is quite secretive about her personal life, especially about her dating affairs and boyfriend.

Eboni K Williams holds an estimated net worth of $1 million.

Williams began her career after her graduation in Louisiana after the massive Hurricane Katrina. Prior to her role with FOX News Channel, Eboni-K-Williams worked as a CBS News correspondent, HLN contributor and talk radio host for Los Angeles’ KFI AM640. Sharpening her broadcast experience while sharing her expertly analyzed views on various culturally relevant topics.

She has guest appearances on CNN and the NFL Network. Williams also worked as a correspondent for CBS News from September and a Political & Legal Contributor for the FOX News Channel from September 2015.