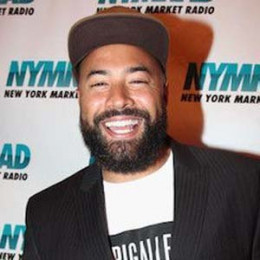 Ebro Darden is a very famous media executive and radio personality as a presenter, who until 2014 was vice president of Programming for 'Emmis Communications'. Starting in 1990, he worked as an intern at a radio station in Sacramento, working his way up to become an on-air personality as well as the programming and music director. He attended California States University for his higher education. In 2013, he gained a lot of attention when he challenged Riff Raff about the legitimacy of the artist's personal.

He also belongs that media personal who keeps their personal lives under wrap. However according to his twitter account and his post we can say that he married his beautiful girlfriend Stephanie Marie. But he hasn’t opened it officially either Stephanie is his wife or not. But media covered that the couple was blessed with a beautiful child as a daughter in late 2014. The man posted some photos of his daughter in the Instagram account. However he has not disclosed the name of his daughter.

It is believed that he has been married to his girlfriend Stephanie Marie. However more details about their marriage and love affairs is never disclosed.