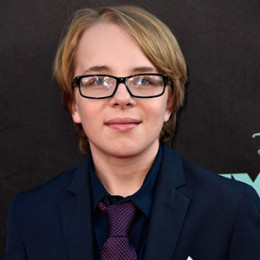 Mainly known as a child actor, Ed Oxenbould was born in Melbourne to father Jamie Oxenbould and mother Di Adams who are also actors. His uncle Ben Oxenbould is also an actor. Ed started his professional acting career by working in the short movie Julian in 2012. He is known for his work in The Visit, Alexander and the Terrible, Horrible, No Good, Very Bad Day and, Paper Planes.

Ed was nominated for the Best Young Actor in AACTA Awards. He is currently working as David Vickers in the Australian TV series Puberty Blues. Ed is also known for his outstanding acting in spite of his young age. He has gained a lot of fans with his great acting and amazing looks and is expected to turn into a great actor.