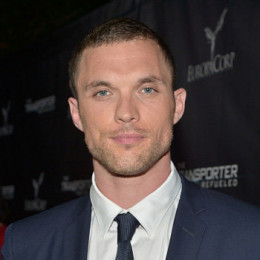 Edward George Skrein is better known as "Ed Skrein", is a rapper and actor. He came to prominence after playing Daario Naharis in Game of Thrones and Frank Martin in The Transporter: Refueled. As a rapper, he is known for his 2007's album The Eat Up.

Ed Skrein is dating his mystery girlfriend whose detail is yet to revealed in media. The actor shares a son, Marley Skerin with his partner and currently resides in London.

Ed Skrein holds an estimated net worth of $7 million from his career as an actor. He earns $121,000 from his appearances in TV series and nearly $1 million from movies.

Ed Skrein was born as Edward George Skrein on 29 March 1983 in Camden, London, England. He is of Jewish Austrian and English descent. He graduated from  Byam Shaw School of Art in fine art painting.

He is the first and only child of Skrein, whose date of birth and his mother's name has not been disclosed to the media yet.