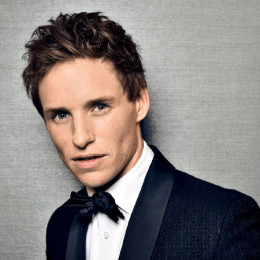 Edward John David "Eddie" Redmayne, is an actor, singer and model, best known for playing Stephen Hawking in the 2014 biographical drama film The Theory of Everything, for which he won the BAFTA Award, a Golden Globe Award, Academy Award for Best Actor and Screen Actors Guild Award. He has appeared in several films such as The Good Shepherd, Savage Grace, Jupiter Ascending and many more. He is the son of Richard Redmayne, a businessman and Patricia.

Accounting his personal life, he married his college sweetheart Hannah Bagshawe in 2014. The two were seen making their red carpet debut at the London premiere of the film Les Mis�rables. The couple don't have any kids yet. Before that, he had dated few gorgeous ladies in his past days and was often rumored of dating several celebs such as Taylor Swift, Amanda Seyfried, Clemence Poesy and Cara Delevingne.

She is a public relations executive in the finance industry. The two first met while studying at Eton College.