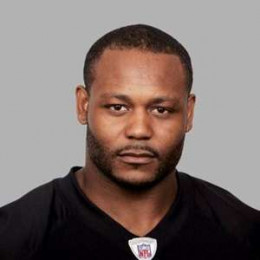 Edgerton Hartwell, a former NFL football player, and reality star, is currently single. He recently divorced Keshia Knight Pulliam. Edgerton was educated at Cheyenne High School in North Las Vegas, where he was involved in sports like track, football, and basketball. In 2001, the Baltimore Ravens selected him in the NFL Draft, and he played for the team from 2001 to 2004 without missing a single game. He is also recognized for his appearances on “The Real Housewives of Atlanta”.

Edgerton Hartwell got married to Lisa Wu on 20 May 2006 and the couple has been blessed with one baby boy, Ed Jr. who was born in May 2007. But the couple did not continue their relationship and they divorced in 2012. He remarried to Keshia Knight Pulliam on 1 January 2016. But the couple divorced shortly after saying that they rushed for the marriage. He has never faced any controversy in his life.

Edgerton Hartwell got married to Lisa Wu on 20 May 2006.The couple has been blessed with a son. They divorced in 2012.

Edgerton Hartwell remarried with Keshia Knight Pulliam on 1 January 2016. But the couple divorced for unknown reason.

Ed Jr. was born in May 2007 to his first wife. There is not much information about him except a few pictures.