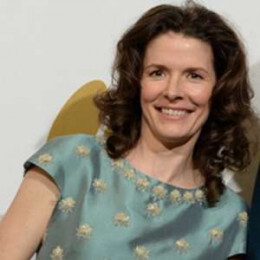 An American singer and songwriter, Edie Brickell is married to Paul Simon, an American musician, since 1992. She is widely known for 1988's Shooting Rubberbands at the Stars, the debut album by Edie Brickell & New Bohemians, which went to No. 4 on the Billboard 200 chart. Edie was born to mother Larry Jean (Sellers) Linden and father Paul Edward Brickell. In 1985, Brickell was invited to sing one night with friends from her high school in a local folk rock group, New Bohemians, and later she ended up joining the band as the lead singer.

After the band was signed to a recording contract, the label changed the group's name to Edie Brickell & New Bohemians. Their 1988 debut album, Shooting Rubberbands at the Stars, became a critical and commercial success, including the single, "What I Am." She has toured with Steve Martin and the Steep Canyon Rangers throughout the United States and North America. Brickell is married to Paul Simon. She married him after four years of dating.

Brickell married singer-songwriter Paul Simon on May 30, 1992. They married after four years of dating. There are no signs of their separation till now.