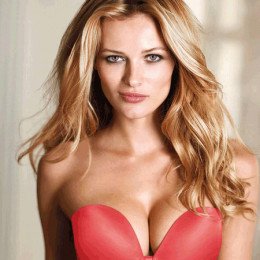 A Lithuanian model who has already in appeared in photo spreads for Dior Beauty, Vogue Paris and Emporio Armani. She was discovered when she was 16 years old by model scout from Women Management when she was walking in the street. She debuted as runway model in Just Cavalli for the spring/summer 2006 shows held in Milan. She has worked along with world top designers Chanel, Stella McCartney, Givenchy, Chloe and Yves Saint Lauren. In 2008 she took part in Victoria's Secret Fashion Show in the "PINK" section. She is current face of popular brands like GAP in Japan, Dior Beauty, Karl Lagerfeld and Emporio Armani.

Talking about her personal life, this beautiful model hasn't married yet. Her current relationship can be defined as taken because she is in a serious relationship with her boyfriend who is a model and photographer. She has also worked along with him posing together during different photographic events. Together they seem to be very happy with each other. She has not been a biological mother yet.