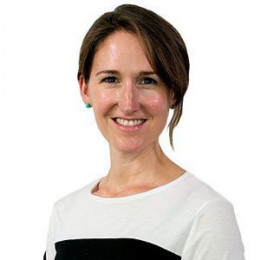 Edwina Farley is the daily editor for news and features content in Rural, managing a team of national reporters as well as sourcing stories from rural reporters around the country. She completed her journalism degree from RMIT University. Edwina Farley has covered numerous state and federal elections, the Bali and Jakarta bombings and worked as 774 Melbourne station reporter. She also takes on presenting roles when required for National rural News and A Country Breakfast on RN.

Her time with 774 also included many memorable outside broadcasts including AFL Grand Final eve training sessions, Anzac Day and the Melbourne Cup. After acting as executive producer of the Victorian Country Hour, Edwina worked as a national rural reporter. She is a married woman. Edwina Farley is the mother of three children but she has not disclosed their name on her bio and social sites.