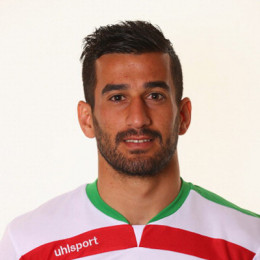 He is an Iranian professional football player who is currently playing for the club Sepahan in the Iran Pro League and is also in the Iranian national football team as a Utility player who can play as a left back, Winger, defensive midfielder as well as a Playmaker. His t-shirt number is 28. He was selected as the most promising Asian footballer by goal.com. He made his debut from Sepahan in the year 2006.

Ehsan Hajsafi is happily married to his wife but he is yet to the public his wife to the world.