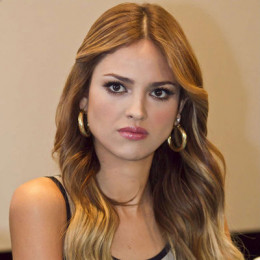 She is a Mexican singer and actress. She is most recognized for her performance in the Mexican teen oriented musical telenovela called Lola..Erase una vez.

Eiza Gonzalez is possibly single as of now. She has dated a few Hollywood personalities in the past.

Eiza Gonzalez has a net worth of $5 million from her career as an actress and singer.

Her father Carlos Gonzalez died in a motorbike accident which she had cited. She was 12 years old then. She went to two private bi-lingual schools named Edron Academy and the American School Foundation.