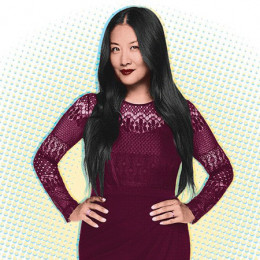 A Canadian television personality, reporter, and infotainer who is popular for her own famous entertainment news blog LaineyGossip and for being on show The Social. She is daughter to Judy and Bernard. Her parents migrated from Hong Kong to Canada. When she turned six years old her parents got divorced and she splited her time between her mother and father. Later her parents reunited again. She graduated from Lawrence Park Collegiate Institute. She holds degree of B.A. in French from University of Western Ontario. She started her career as employee of Rogers Communications. In 2006 she was hired by CTV's Canadian entertainment newsmagazine. She has covered many popular event during her career including the Academy Awards, the Super Bowl and the JUNO Awards.

Talking about her personal life, she is already tied in knot with love of her life. They used to work together in Rogers Communications. After dating few years they got married. Till now there has been no rumor of any extra marital affairs from both parties which suggest that they are leading happy married life. She has not been a biological mother yet.

They first met each other when she was working for Rogers and running a seminar in Vancouver. They have already crossed more than a decade of their successful marriage relationship.