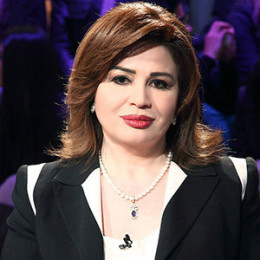 Known as a famous Egyptian actress, Elham Shahin is a very popular name in Egyptian film industry. She began her acting career at a very young age as she grew up in Cairo. She started her formal work as an actress from the theatre after completing her degree in Dramatic Art from the Institution of Theatrical Arts 1982. She formally started her movie career from the movie Omahat Fee Al Manfa in 1981. She worked in total 33 movies in the period of eighties which was the most popular period for her. She is mostly known for her movies One-Zero (2009), Al-raghba (2002) and Fawzeya's Secret Recipe (2008).

Along with the movies, she has also been working as a Television star. She worked as well as made the Television shows herself such as Akho El Banat and Qala Al Bahr. She has won several awards from the Egyptian and world films for her movies Ya Dounia Ya Gharami and Al Gentle. She married twice but both of the marriages did not work out.

Elham Shahin was born on 3 January 1960 in Cairo, Egypt. She was born and raised in a Middle-Class family.

She had a bachelor's degree from the Institution of Theatrical Arts. She completed her graduation in 1982.

Shahin joined the cinema industry since a very young age. She is best known for her performance in 2002 movie Al-raghba.

In addition to it, she is also the actor and producer of 1998 movie El-katl El-laziz and 1999 movie Souq al mot aa.

Details about Shahin's net worth and salary is still under review. She earned a sum of 8 million Egyptian pounds for her role in the TV drama series 'Ima'ah Fe Wartah'(Woman in Trouble).

Also, she appeared in another Ramadan series 'Youmyat Anes'.

While performing in "Samar Wal Rijal Wa Lakin" (Samar and Men... But). Shahin addressed that she is very much focused on her career rather than any other personal stuff.

She was previously a married woman. She revealed that she was cheated on by one of her ex-husbands. Most importantly, she refused to give out his name.

During an interview, she revealed about her married life with Adel Hosny. She admitted that he became a producer just because of her. According to her, Hosny was a very jealous person as he joined business just to belittle her work.

"My soul is very precious, I don't fall in love easily."

Apart from her unsuccessful married life, she has a strong bonding with her brother named Ameer Shahin. He was arrested for driving while drinking alcohol and hitting a police vehicle.

Above every proof, he was always in support of her brother. She denied all the allegations and mentioned that he was just trying to run from a group of ladies who were following him and wanting to take him with them in their car.

Shahin fell in love with Hosni at young age and married him after three years of relationship. He helped her in production of some movies and later they got divorced.

After getting divorced to her first husband, she got married to Hassein El Bahed, who was a rich Lebanese man.