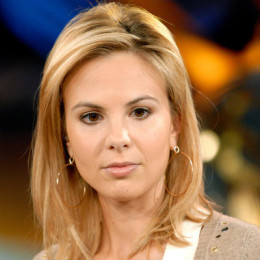 Elisabeth DelPadre Hasselbeck is a television personality and talk show host who came to prominence as a contestant of the American version of Survivor season 2. She is the daughter of Elizabeth DelPadre and Kenneth Filarski. She studied at St. Mary Academy and later on graduated from Boston College. For being the outstanding talk show host she got the Daytime Emmy Award during the 36th Daytime Emmy Awards.

Elisabeth Hasselbeck, born Elisabeth DelPadre Hasselbeck (née Filarski), is an American actress. She was born on May 28, 1977, in Cranston, Rhode Island, US. She is the second child of Catholic-school teacher and lawyer Elizabeth DelPadre and architect Kenneth Filarski.

She has one brother Kenneth, Jr. who is also a practicing lawyer like their mother and is a musician. She belongs to Polish ancestry from her father's side whereas it's Italian from her mother's side.

She is a devout Roman Catholic. Talking about her education, she went to  St. Mary School in Cranston, followed by St. Mary Academy – Bay View in East Providence. She graduated from high school in the year 1995.

For further education, she attended the Boston College. She was pretty much interested in sports in her early days and was the captain of the college's women softball team. She led her college to win two Big East Championship.

She graduated with a bachelors degree in BFA in the year 1999.

Before starting her career in the entertainment industry, Elisabeth Hasselbeck used to work at Puma as a part of the design team. Her big debut in the industry came when in 2001, she was cast in the reality TV competitive series, Survivor: The Australian Outback.

She was eliminated from the show in the final fourth round. Then in 2001, she was the judge at Miss Teen USA 2001 pageant. From the year 2002 to 2003, she was the host of Style Network's series, The Look For Less. In the show, she used to find high-quality stylish clothes and that too in bargain prices.

Her big break came in 2003 when she was selected as the co-host of The View. She beat hosts of women for the role. She also hosted, Fox And Friends. Then on July 9, 2013, she announced of leaving the show after hosting it for nearly 10-years.

Then on September 16, 2013, Hasselbeck joined The Fox News Morning show, Fox and Friends. She replaced the former co-host, Gretchen Carlson. In 2015, Elisabeth announced that she will be retiring and will leave the show, after the end of the year. She stated she wanted to spend more time with her family.

Talking about her personal life she is a married woman. She married her high school sweetheart, Tim Hasselbeck on July 6th, 2002.. Tim is a professional quarterback. The couple stayed in a relationship since they met each other at their high school and later got married. The couple together has three children.

They welcomed their first child, Grace Elisabeth in 2005. Soon they became parents to two other children, a boy, Taylor Thomas, born 2007, and Isaiah Timothy, born in 2009.

Elisabeth is a devout Christian. Back in 2014, she opposed the persecution of Christians in Iraq and even condemned governments rule of removing Bible's from Hotel rooms in the US. She is a blonde beautiful persona who has a lot of fan followers and supporters all around. She loves spending her leisure time getting fit by doing yoga and other stuff.

The retired American host and TV personality is suffering from Celiac disease. She revealed her health problem in the book she wrote named, The G-Free Diet: A Gluten-Free Survival Guide.

Elisabeth may be retired from the entertainment industry but she sure accumulated a vast amount of wealth from her career. According to many sources, her net worth is $16 million. If her husband's Tim net worth is combined with hers, their combined net worth will be $30 million.

The main sources of her wealth are from her acting career, appearing in many TV series, also being the co-host of The View and Fox and Friends. Many valid sources claim that the average salary of the View host is around $2 to $3 million annually.

In 2016, she and her husband sold their Greenwich, Connecticut mansion for approximately $4.56 million. Their mansion was built in an area of 7,600-square-foot. They bought the mansion for $4.2 million. At the same time, the couple shelled out around $2 million in a new brick structured house in Nashville.

Their new mansion is built around the same size as their Greenwich house at 7,100-square-foot. It has in total of six bedrooms. The couple also owned few apartments in Upper West Side of Manhattan. They sold one of the apartment in 2008 for $1.6 million and brought a four bedroom and three bathroom apartment in West 99th Street for $3.3 million.

He is a retired American football quarterback who is currently an analyst for ESPN. He played 7 seasons in the NFL with the New York Giants, Washington Redskins, Philadelphia Eagles, and Buffalo Bills.

She was born safe and sound and she is busy these days attending her school.

He is a adorable and obedient kid who is often spotted with his parents.

He is a cute little kid from his romantic parents who is often seen on his mom's instagram profile.