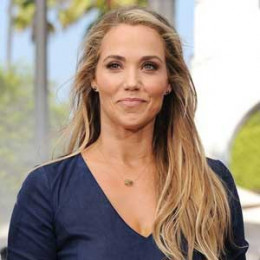 Actress Elizabeth Berkley's most notable role is in the television series 'Saved by the Bell,' in the character of Jessie Spano, and 1995 Paul Verhoeven film 'Showgirls,' as exotic dancer Nomi Malone.

Elizabeth Berkley Lauren was born on 28th July 1972 in Farmington Hills, a community located in Detroit's northern suburbs in Oakland County, Michigan. She is a daughter of Fred Berkley, a lawyer, and Jere Berkley, an owner of a gift basket business. She has different color eyes: right eye is half green and half brown and left eye is green. This condition is known as Heterochromia. Elizabeth has an older brother, Jason Berkley.

She attended the Cranbrook Kingswood School, a private school in Bloomfield Hills. In 1982 at age ten she auditioned for the lead role in the film 'Annie 'but was turned down. Berkley graduated from North Farmington High School in Farmington Hills in 1990.

Before pursuing an acting career, Elizabeth Berkley worked as a teenage model for Elite. She featured on television film for the first time in 1987 in Frog.

In 2009, Berkley starred in a multi-episode arc of the Showtime series 'The L Word,' during its sixth and final season. She played Kelly Wentworth, a straight girl who got away from Jennifer Beals' character Bette Porter in college.

Elizabeth is also an author. She wrote the book Ask Elizabeth: Real Answers to Everything You Secretly Wanted to Ask about Love, Friends, Your Body-- and Life in General, released on 22nd March 2011.

Elizabeth Berkley started her own website, www.ask-elizabeth.com, helping young girls and young women deal with problems and their experiences growing up.

The website was created when husband Greg Lauren commented on the number of girls who came to her asking for advice and joked that she should have her own column.

Till date, the couple is living a happy life with their adorable son Sky.

She was also an activist in “Lettuce Be Lean” campaign which gave vegetarianism prominence. To show her support, Elizabeth donned a $600 dress made of collard greens.

The multi-talented, Elizabeth has an estimated worth of $6 million dollars. She is seen wearing designer dresses, flaunting her curvy body with expensive jewelry.