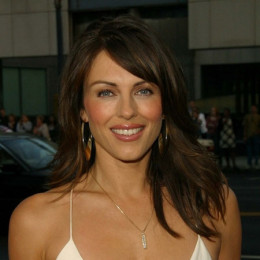 Elizabeth Jane Hurley also known as "Liz Hurley" is an actress and model, best-known for her role in Austin Powers: International Man of Mystery and in Bedazzled. Till now she has appeared 3 times on the cover of British Vogue and has modeled for several products. In the Australian Empire Magazine, she was named 13th Sexiest Female Movie Star. She was born to Angela Mary, a teacher and Roy Leonard Hurley, a major in the British Army.

She was married once but unfortunately her marital relation didn't last long. Her first marriage was with an Indian textile heir, with whom she enjoyed her marital relation for 3 years. She have had affairs with several high prolific men in her past days and also had dated a women, so we can say her as a bisexual. With one of her boyfriend, she has raised a son. She was also rumored of dating Denis Leary.

He is the first husband of Hurley, who is an entrepreneur. They were married at Sudeley Castle and later had a traditional Hindu wedding at Umaid Bhawan Palace in Jodhpur.

He is the only child of Hurley, whom she gave birth at the age of 36.