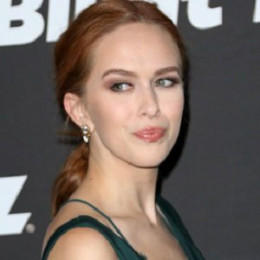 An American actress, Elizabeth McLaughlin is currently single. She is widely known for playing Valerie McAllister in the ABC television drama” Betrayal”. At the age of three, her family moved to the town of Zephyrhills, Florida. Elizabeth was an honours student in high school and has won several speeches and storytelling competitions. Elizabeth McLaughlin began her acting career with community theatre groups in Tampa, Florida.

Elizabeth McLaughlin has made presentations including singing for Florida Governor Jeb Bush and California Governor Arnold Schwarzenegger. currently, she plays Lesli Stone in ABC Family's Pretty Little Liars and is in the cast of the Amazon Studio television series "Hand of God". She joined the apprentice cast of Entertainment Revue, a professional show choir in Tampa, and was promoted to the professional cast two years later.