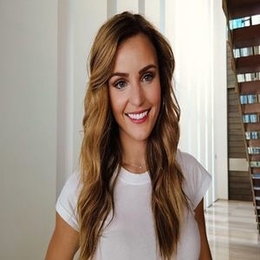 Elle Bielfeldt is an American entrepreneur, blogger, and athelete who empowers women to move forward and progress more. Elle Bielfeidt is also known as Elle Leonard, the devoted wife of the famous NBA player Meyers Leonard in the media.

Elle Bielfeldt is one lucky woman who has found the love of her life. Well, Wlle met her man, her husband Meyers Leonard for the first time during her college years. Both quickly became friends after their interests aligned.

And as time passed, the friendship of Bielfeldt and Leonard turned into a relationship. On 2015 August 2, Elle and Meyers tied the knot after dating for almost four years. They got married at The Oregon Golf Club in Portland, Oregon. The passionate couple is also always supportive of each other. 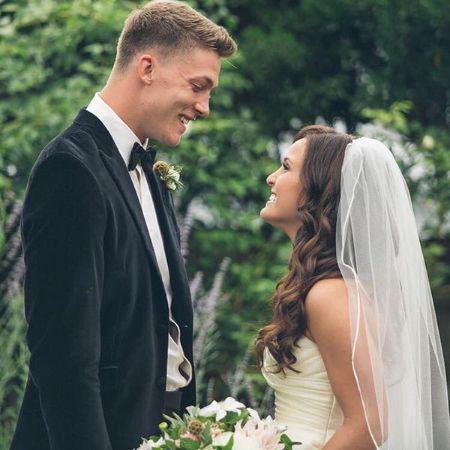 Elle Bielfeldt and her husband Meyers Leonard at their wedding. SOURCE: Pinterest

In addition to Elle's husband's profession, Meyers Leonard is a Professional NBA player who started his career in the league through Portland TrailBlazers. Later in the 2019 season, he was traded to the Miami Heats. Although he is one of the best athletes in the game, Elle can make the pro-husband run for his money. Elle Bielfeldt is proud daughter of Julie Bielfedt and Max Bielfeldt. Growing up, Elle had three siblings who are also athletes that grew up with her. Elle has two sisters Lydia Bielfedt, MattiBielfedt (a volleyball player), and a brother Max Bielfeldt (a basketball player). Even though Elle is a very sensitive and caring family person, she is yet to become a mother.

How Much Is Elle Bielfeldt's Net Worth?

Founder & CEO of Levels Food, Elle Bielfeldt is an opportunist, self-motivated, and hardworking woman. Elle and her husband Meyers Leonard founded Levels Food to provide better quality supplements for athelete as well as to get healthy food products. 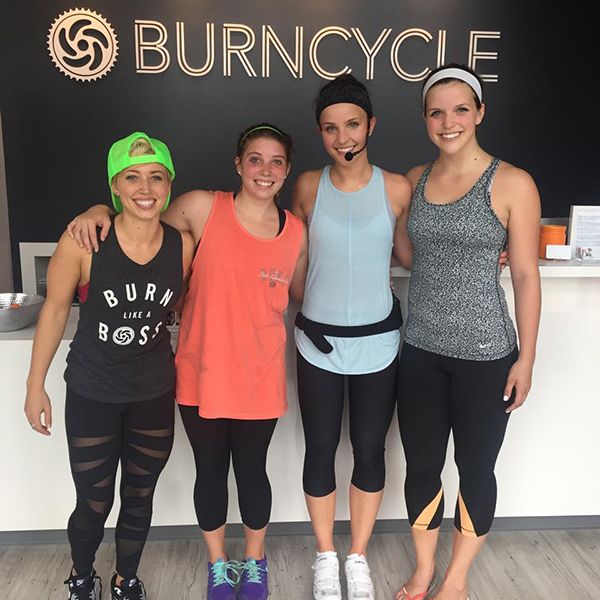 Elle Bielfeild as a Spin Instructor at BurnCycle. SOURCE: Pinterest

Elle was also a spin instructor for the BurnCycle until 2018. Likewise, she also co-founded Meyers Leonard Brand. It is a lifestyle apparel company that sells merchandise like hoodies, tees, hats, and stickers among others. And, from her overall income, Elle has managed to collect a net worth which is estimated at around $1 million.

Watch the video of Ellie and Meyers playing basketball below.