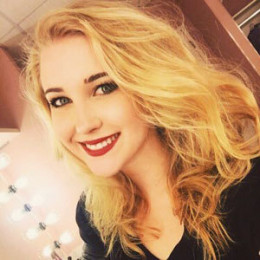 An American actress, Ellen Marlow is currently single. She is best known for her role as Claire Lyons in "The Clique" movie based on the books by Lisi Harrison. Ellen moved to Austin, Texas at age three and became active in sports and cheerleading. She alternated between private tutoring and the Burbank, California public school system as her acting career allowed until she formally signed with Quality Education by Design, a homeschool educational consultancy.

Ellen appeared the lead role of Jemima Potts in the Broadway production of the Tony-nominated musical "Chitty Chitty Bang Bang". Ellen has performed the National Anthem at various sporting events in Texas and New York. She has appeared in the Jerry Bruckheimer-produced ABC pilot for "The Forgotten" starring Christian Slater as well as episodes of Cold Case, "CSI: Crime Scene Investigation and Criminal Minds". She has not revealed any information about her personal life in public.