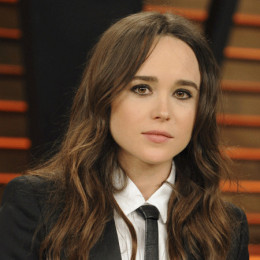 Ellen Philpotts-Page is an actress, best known for her role in films like X-Men series and An American Crime, The Tracey Fragments, Juno, Hard Candy. She is the recipient of Austin Film Critics Association Award Award, BAFTA, Golden Globe, Screen Actors Guild Award, Independent Spirit Award, MTV Movie Award and Teen Choice Award. She is the daughter of Dennis Page, a graphic designer and Martha Philpotts, a teacher.

During a speech at the Human Rights Campaign's "Time to Thrive" conference, on 14 February, 2014, she announced herself as a gay. Till now she hasn't married anyone but she has been through lots of dates and breakups in her past days. She does not have any children form her past affairs. These days she is totally single. Currently, she lives in her hometown of Halifax.