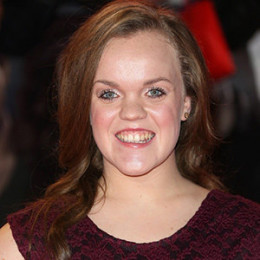 A British Paralympian swimmer, Ellie Simmonds, is currently single. She has won two gold medals at the age thirteen in the 2008 Summer Paralympics. Ellie has set the Paralympic 400m swimming freestyle world record in the year 2008. She has three sisters and one brother. She is one of the most recognized athletes and was appointed "Member of the Order of the British Empire" in 2009.

Ellie Simmonds was appointed as an Office of the Order of the British empire in 2013. Her coach is Steve Bayley. Ellie received the honor from Queen Elizabeth II; she became the youngest person ever to have this honor. She is also the youngest member of British Paralympics team. Ellie has not revealed anything about her personal life and relationships. She in currently single.