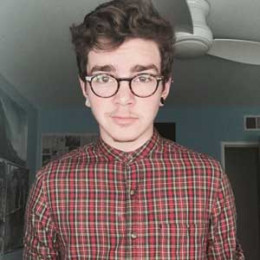 An American actor, musician Elliot Fletcher is best known for his work in Faking It and The Foster, the MTV comedy series. He is highly dedicated towards his career. Elliot has a great fan following of 124k on Instagram and 31.1k on Twitter. He also posted videos on YouTube that collected thousands of viewers. He is officially announced being transgender. Elliot is currently single.

Born to mother, Julia Fletcher, and father, John DeMita on 30th June 1996 in Los Angeles California, Elliot comes from a family of film background as his parents are both actors of the industry. He was raised along with his one sibling. Fletcher is an American and belongs to white ethnicity.

During his senior year of high school in 2013, Fletcher revealed being transgender to his parents, and both were very supportive about it. He was born a girl, so his parents send him to all girls school, later on, he felt he was a boy. During that period Elliot was really frustrated and depressed because of being different from others.  Elliot graduated from Sarah Lawrence College.

From the very early age of 10, Elliot started performing stage shows. It showed that he was fond of acting. In early 2016, Fletcher appeared in the cast of ''Faking It as Noah''. He is the first transgender character in the show.

Elliot also gave audition for drama series, The Foster for the role of Cole. But later on, he was signed in the same series but with the different role of Aaron who was an attractive and intriguing law student.

Besides these, Elliot also worked in theater with various production crews. He also performed his own music composition and posted videos on YouTube which was liked by many fans.

Elliot announced being a transgender through a YouTube video. There are no such rumors his relations and dating. He is now happy for what he is today.

Elliot Fletcher has an estimated net worth of $2 million. His movies, series and stage performances are the source of income. Besides these, he also owns a business entity named, Elliot Fletcher Limited.