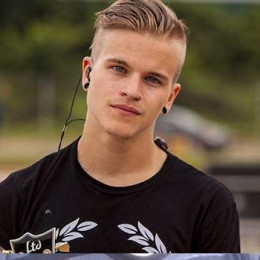 Elliott Gruenberg is Rhythm guitarist for the metalcore and screamo band Blessthefall. He joined the band in February 2011. The band was founded in 2003 by three artists who are presently in the band. He started his career from the band legacy. He grew up in Tempe, Arizona. He also had performed in some local band of Tempe. He was interested in music since childhood. He has influences from American guitarist.

Elliott Gruenberg current relationship status is single. He is currently busy in his band and making his career. He isn’t found dating with anybody since he is spotted to the public. There are rumors of him being gay but they are all rumors at all. He is a dedicated person to his career and is attached with his band professionally. He doesn't want to reveal his personal life details to the public. His fans are more to anyone in his band.