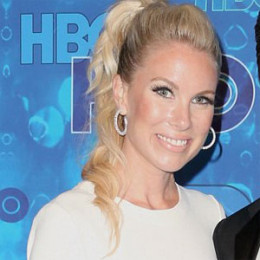 Elspeth Eva Keller, better known as Elspeth Keller is the wife of American actor, Reid Scott. She is a writer and has starred in the comedian period, Before Breakfast which won different awards including the Jury Award for best short at the Houston International Film Festival. She along with her husband, Reid are expecting their second child which they revealed during the premiere of his upcoming movie.

Elspeth Keller was born in 1984 in the city of California. She spent her childhood in Marin Country, the land of mountains and bays. Her parents were writers.

From early days, Keller was passionate and interested in pursuing a career in the field of acting. She majored in Theater and minored in Journalism at The University of Southern California.

During her college, she started working for The Daily Trojan, writing the popular dating column, Sex and the SC.

Elspeth after graduating in 2006, wrote and starred in the comedy period short, Before Breakfast. It won the Jury Award for the best short at the Houston International Film Festival.

Elspeth is happily married to Reid Scott, since 2014. Elspeth and Reid dated for a long time before finally deciding to settle down. In 2013 they got engaged, and a year later the wedding bells rang for the couple.

The wedding ceremony was held on 21st June 2014 at the Maguire Gardens in Downtown L.A., where there was involvement of close friends and family members. They spent their honeymoon in Fiji.

The husband and wife are proud parents of a baby boy, Conrad Scott. The couple also walked in the red-carpet and an interview with the Peoples magazine, they announced that they’re going to become parents for the second time. Elspeth is almost six months pregnant with her second child, a son.

Elspeth along with her husband, Reid Smith net worth is disclosed yet, but looking at their way of life. They probably have a net worth not less than a million. Currently, the couple is living in the lavish bungalow that is located in Los Angeles.

Elspeth Keller is married to Reid Smith since, 2014. Reid Smith is an American actor best known for his role in the movies including The Boy, Veep, Home Again.

Born on 31st March 2015, Conrad Scott is the elder son of Elspeth Keller and Reid Scott.