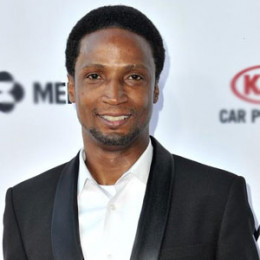 Elvis Nolasco is an actor most recognized for his work on the Old Boy, Clockers and anthology series American Crime. The 48-year-old actor Elvis is currently single and has not been involved in any affairs yet.

Elvis attended Community college of Philadelphia, Pennsylvania. He had a keen interest in dancing from the very early age and hence spent most of the time dancing in Latin music.

He made his film debut in 1994 with the comedy movie I Like It Like That. It opened many doors of opportunity in movies as well as TV series. He has featured in hit films of Spike Lee such as Oldboy in 2013 and Da Sweet Blood of Jesus in 2014. He got to play the lead role in the film White in 2011 on PBS.

Elvis has made his guest appearance in several TV series such as Law & Order, NYPD Blue, Law & Order SVU, and Third Watch. He played a recurring role in Spike Lee’s series Miracle Boys.

In 2015, Nolasco made his appearance in the first season of American Crime as Carter Nix. He also acted in the second season of the series as Chris Dixon, a public school principal.

Besides his film career, Elvis is actively involved in helping the Family Services of Philadelphia’s Plays for Living program and Young Playwrights. In New York worked with The Nite Star Theatre Company.

Nolasco had a keen interest in break dancing. Dance still come as his first hobby. He danced with the legendary break dancing crew Soul Sonic Rockers.

There is no report on 48-year-old Elvis being in any relationship or affairs. Maybe he is just trying to keep his affairs away from the spotlight. However, he is seen hanging out with many girl-friends but not once hinted being involved in a romantic relationship.

The brilliant actor Elvis earns a good sum of money from his career. He has accumulated an estimated net worth of $1 million.