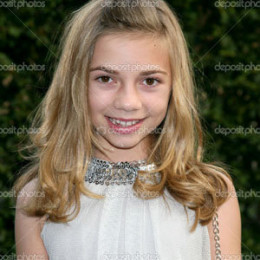 An American movie actress, best known as Bratz (2007), Jack and the Beanstalk (2009) and Children of the Corn (2009). Emily Rose Everhard is currently single. She has two sisters named Sophie Anna Everhard and Olivia Eve Everhard. Both of her sisters are an actress. Emily has a recurring role as Amy Carson on the television series named Cake in 2006. There is no information about her parents in social sites.

Emily Rose Everhard has two appearances on The Tonight Show with an actor Jay Leno in 2006 and 2007. Emily appears alongside David Anders in the 2009 TV movie version of Children of the Corn.There is no information about her in social sites.Emily is not a controversial star and there is no information about her affairs in social sites. Emily also acts in the English fairy tale named Jack and the Beanstalk, she portrayed the character of Red Riding Hood.