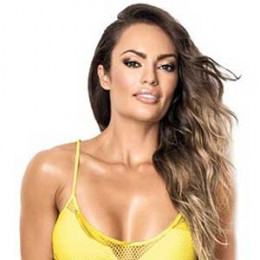 Emily Skye is the fitness model plus athletic who promotes healthy living and mental health awareness. She is a versatile lady as she is an athletic, model, TV host, editorial, photography. Emily is happy in her relation with Declan Redmond. Declan supports Emily in each and every aspects. She is active in social medias like- Instagram with 2 million followers, Twitter with 115k followers.

The fitness expert, Emily was born on 7th January 1985 in New South Wales, Australia. When she was two years old, her father left home and was raised by her mother Amanda Anderson, an Australian contemporary realist artist. Skye grew up along with her sister, Elisa. During her childhood, she was disturbed and was also suffered from depression too. Emily used to live an unhealthy life.

At an early age, Skye was not so fit, and her diet was also unhealthy. She was not happy with her improper diet and personal appearance. Rather than being a skinny model, she wanted to be a fitness model. After a long workout and hard work, Emily finally became famous in the fitness world.

Emily Skye started her career working in the famous Australian magazine. In 2005, she began modeling by posing on an advert for Aero Chocolate, featured on billboard and buses. Besides modeling, she also featured in various music videos, TV shows, and ads. Emily is also known as Catwalk model and believes modeling is an art.

The beautiful, Emily is now in relation with Declan Redmond. She getting support from her boyfriend is one of the reasons behind her success. As per the posts on Instagram of Skye, they are very close to each other, and clearly, both seem to understand each other very well. Till now the couple has no intention of getting married.

Skye is now very conscious about her physique. Her diet is very healthy and good. Emily's story has motivated many people around the world.

Emily has an estimated net worth of $500,000. She is the inspiration to all the ladies of the world. Skye is the health and fitness ambassador of the qualified personal trainer, fitness model, fat loss, and healthy living guru. Many people are impressed by Emily's transformation, so over 11 million are turning to her for body transformation.