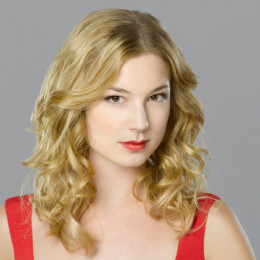 Emily Irene VanCamp is a actress, who came to prominence after playing as Amy Abbott on the WB series Everwood. She also has appeared in Captain America: The Winter Soldier, in ABC series Brothers & Sisters and the ABC drama series Revenge. In 2014 list of Maxim's "Hot 100", she was ranked 51. By the age of 3, she began dancing and knows various forms like Hip-pop, jazz, tap and ballet. She is the daughter of Cindy and Robert VanCamp.

Accounting her personal life, currently she is dating a British actor with whom she is spotted quite often. The couple is in serious relationship. Being so gorgeous and young she might have received a lots of love proposals in her past days. There are few men with whom she have had romantic dates and later turned into heart breaking breakups. She does not have any children from her any of relationships.