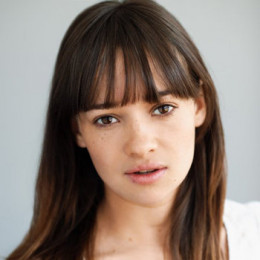 A British-Australian actress Emily is widely famous for portraying Sharon Cox in the Australian soap opera Neighbours in the year 2005. Some of her hit projects include the children's TV Show Noah and Saskia, TV show Blue Heelers.

Emily Wheaton is so charming and popular, she has probably dated lots of men in her past days. The Gods of Egypt star is married to her boyfriend, Elad since March 20, 2018. 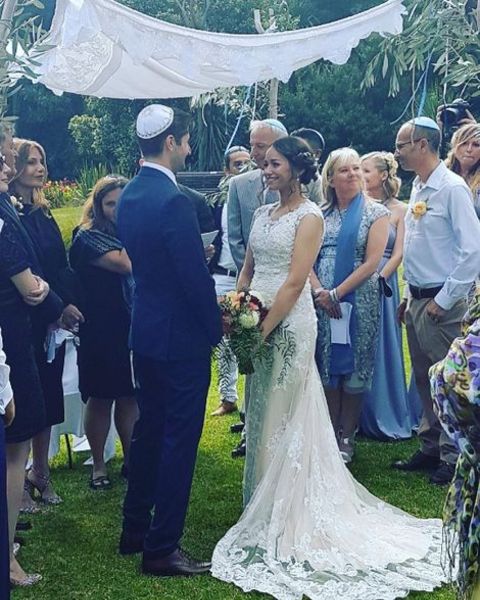 Their intimate wedding ceremony held in the premises of Royal Botanic Gardens Victoria, She has always been conscious in terms of her love life. Emily and her spouse said "I Do" in the presence of close friends and family members.

Wheaton's husband took a picture with his lady love kissing his forehead. The blonde-beauty wore a white floral bridal gown whereas her spouse wore a blue tuxedo, grey tie, and white shirt. The lovers went for a honeymoon at  Koh Adang, Thailand.

Emily and Elad don't have any children but they share a strong bond and live a blissful life without any rumors of divorce.

What is Emily Wheaton's Net Worth?

The brown-eyed began her acting career portraying Brigitta in the Melbourne 2000 season of the Sound of Music alongside Lisa McCune and John Waters. Soon after that, she played Sharon Cox in the Australian soap opera series Neighbours in 2005.

The starlet appeared on Rush and ABC series The Slap that is based on the novel written by Christos Tsiolkas. Her other feature credits include Gods of Egypt, The Subjects. Some of Emily's television credits include Noah and Saskia, Blue Heelers, Buses and Trains, Silent Night, Human Remains, etc.

A skillful singer-songwriter, Emily performed and recorded her own pop awa folk albums, She frequently voices commercial campaigns and provided a voice to the animated series Get Ace, by Galaxy Pop.

Emily Wheaton was born on 5 December 1989 in London, England to British parents. She has a sibling, Dr. Jedley. She is currently 30 years old. Emily's star sign is Saggitarius.

Walking into academic qualification, Wheaton is a graduate of the full-time Professional Acting course at 16th Street Studios. She attended a Masterclass with Larry Moss.