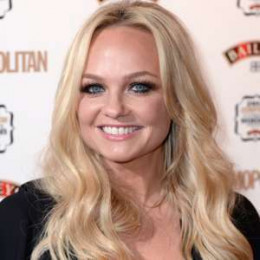 Emma Bunton, an English singer, songwriter, actress, TV presenter, and fashion designer, is currently married to Jade Jones, an English singer, since 2011. She was born to mother Pauline, a karate instructor and father Trevor Bunton, a milkman. Emma is a member of the now defunct girl pop singers' group named 'Spice Girls' in which she was known as Baby Spice. She was the youngest member of this group. Emma also appeared briefly in the BBC series EastEnders in 1992 as playing the character of a mugger.

Emma Bunton was firstly known for her work in the group Spice Girls. She released her first solo album "A girl Like Me" which was a great hit. Then she released her second album "Free Me". Emma has worked on radio and television as well. Her major television works include The Bill, Absolutely Fabulous, Neighbours, Loose Women, Dancing on Ice, etc. She is married to Jade Jones and has two children.

Jade Jones is an English R&B singer and a chef. They have two sons together. As of now, there are no signs of their separation.

Beau Lee Jones is the first child of the couple born on 10 August 2007. There is not much information about him.

Tate Lee Jones is the second child of the couple born on 6 May 2011. He looks adorable in the available pictures.