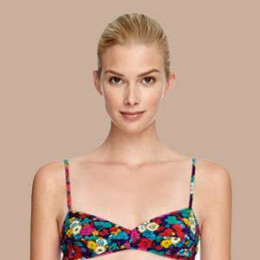 Australian model and actress, Emma Ishta is currently married to Daniel McCabe. Emma was educated at St Aidan's AGS in Corinda, Brisbane, Queensland. She began modeling in Australia at the age of thirteen. Emma portrays Kirsten Clark on the ABC Family television series "Stitchers". She also appeared in the television series 'I Smile Back' and 'Manhattan Love Story'. She is a member of Australian television actresses, Actor stubs, and 1990 births.

Emma Ishta got married to New York native and playwright Daniel McCabe on 8 September 2012. She has a daughter named, Tierney Rose from her husband’s previous relationship. In June 2016, Ishta and McCabe welcomed their first child but she has not revealed her newborn child’s name in social sites. The couple shares a good chemistry and lives in New York City, New York, United States. There is no record of her past relationship, dating, boyfriend, or affair.

Emma Ishta got married to New York native and playwright Daniel McCabe on 8 September 2012. The couple seems very happy to each other.

She has a daughter named, Tierney Rose from her husband’s previous relationship. She is now ten years old.