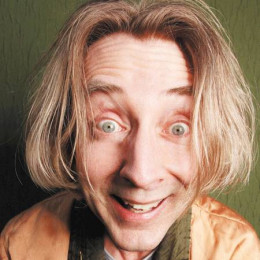 Emo Philips is a comedian, actor and entertainer, who is best known for his dark and surreal stand-up routines, almost childlike vocal tone, scruffy, mismatched clothing and excessive body language. His album E=mo˛ received the 1985 New Music Award for best comedy album. In E4's 100 Greatest Comedians, he was included in the top 50. He studied at Downers Grove South High School located in Downers Grove, Illinois.

Emo Philips so far has been married three times but does not have any child from any of his marriages. After getting divorced with his first two wives, he is now happily married to his girlfriend. The couple is totally satisfied and supportive towards each other, putting divorce at bay for the time being. There are no any controversial issues related to his personal and professional life.

She is the first wife of Emo who also is an comedian, entertainer, actress, author and producer.

She is the second wife of Emo whose personal details have not been disclosed to the media yet.

She is the current wife of Emo. She is an actress by profession.The couple is having a very good time together.